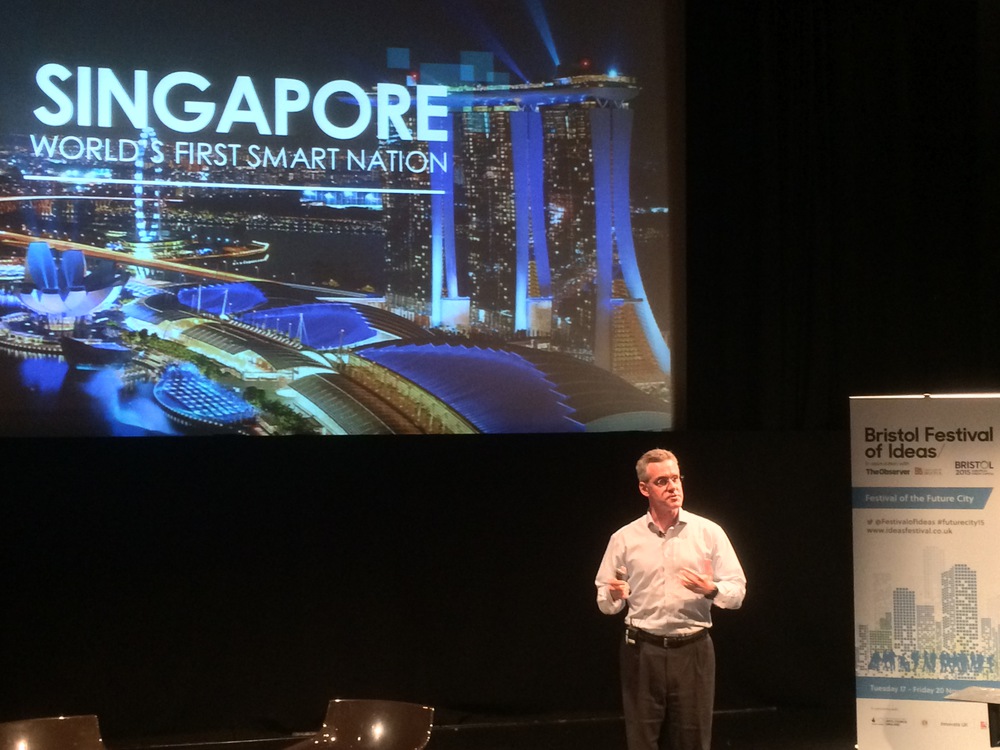 Thirty eight years ago I was born in Singapore. I grew up there and went to school there, and left in around 1990 to come to boarding school in England. Alas, in the 25 years since I left, I've never had a chance to go back to visit my stomping grounds.

Today, as part of the Bristol Festival of Ideas, I attended a talk by Steve Leonard on Smart Nation Singapore. Steve is the CEO of the Infocomm Development Authority, whom are the technology arm of the Singaporean Government.

Just to set the scene, Singapore is a country that is only 50 years old. It was taken from 'mud flats to metropolis' in in a single generation, mostly under the leadership of Prime Minister Lee Kuan Yew. It has also grown in size about 20% due to land reclamation projects.

Some of my notes on the talk below.

One of the main mantra of Singapore was 'We had to... so we did'. They've had to deal with issues of housing, water, and general infrastructure to grow. That was not an option, these were necessities. As an example, I lived in Singapore when the underground system, the MRT (Mass Rapid Transit) first opened with two lines and 20 stations. It now has 5 lines, and 113 stations. The majority of it build underneath an existing city.

Today, the mega-trends facing Singapore (as with many other countries) are an ageing population and urban mobility. With limited space available they are looking at ideas, such as a layered approach to space utilisation. Singapore is the 3rd most densely populated nation and with one of the largest ageing populations. By 2030 the number of elderly people aged 65 and above in Singapore is expected to triple to 900,000 (1 in 5). 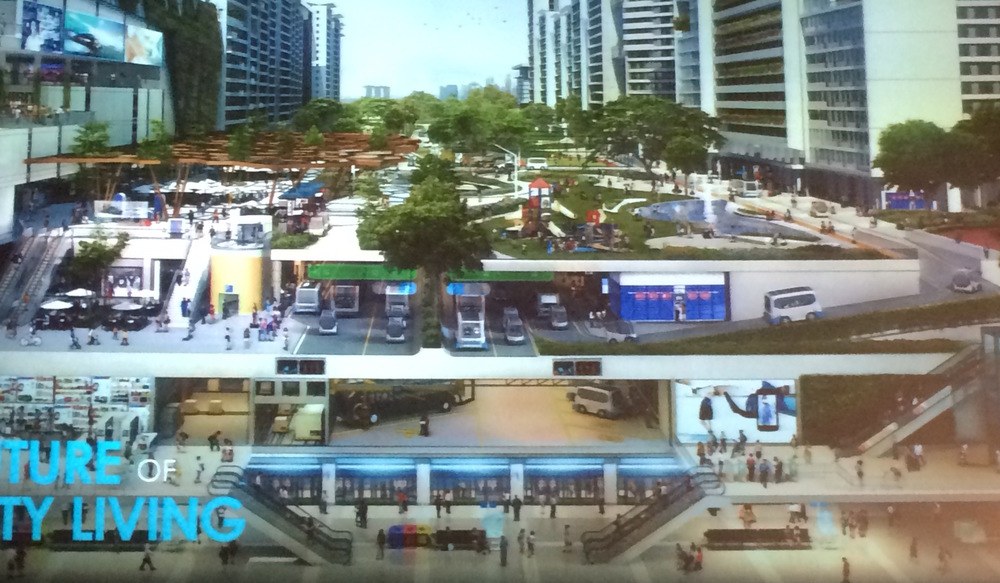 Connectivity is a key feature, and their mantra is 'Everyone, Everything, Everywhere, All the time'. Currently 100% of the population is served by gigabit fibre connectivity. They are looking to increase ubiquitous mobile and wifi coverage across the city too. There is a current project allowing citizens to voluntarily run and app on their phone to report back coverage stats so that the government can increase coverage. This is not just open space coverage, but coverage in train tunnels, underground, lift shafts, etc.

Looking at things like remote healthcare and monitoring, they don't want lack of connectivity to be an issue.

The Singaporean financial authority are funding $225M for innovation in FinTech services.

Open data: Singapore already publishes a large amount of Open Data at https://data.gov.sg/. They are engaging citizens to collect further data (e.g. connectivity as described above).

"No one left behind". Equipping the silver age. If you can't afford a phone, etc the govt will fund one for you. They are looking into how you create and foster the 'kampong spirit' in an urban environment. 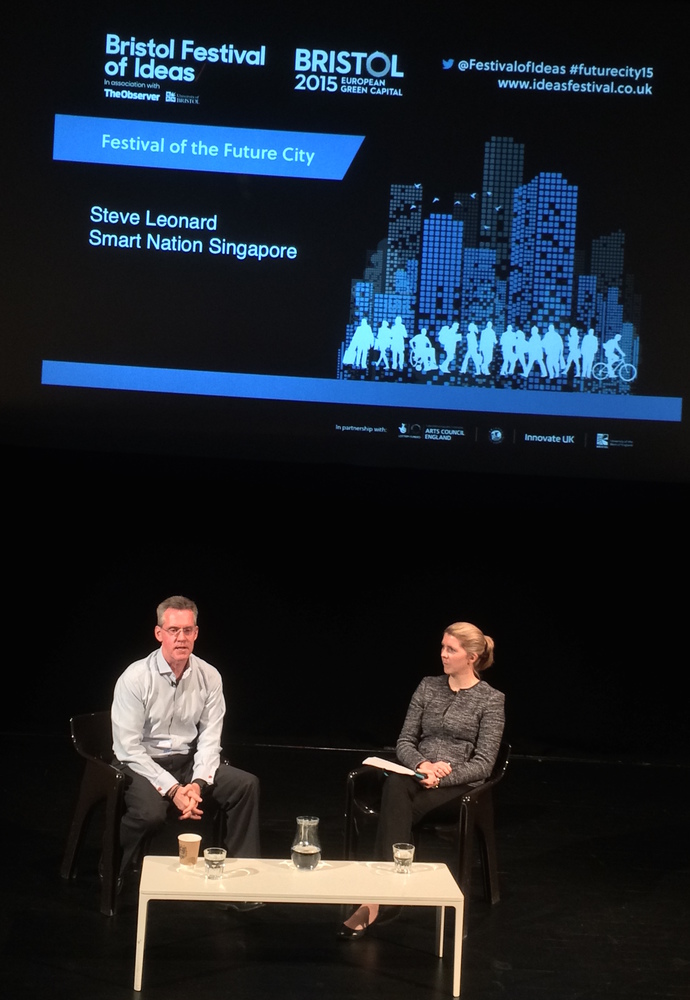 Extending their further mantra: "Because we did... we know we can".

I managed to get a chance to talk to Steve at the end of the talk. Turns out his office is the other side of the road of the school I attended when I grew up in Singapore. One day I'll get back there to see how much Singapore has changed since I left. Certainly a lot of the skyline photos are un-recognisable.

More details on the Smart Nation Singapore project can be found on their website.